YOUR SOURCE FOR TIRES

We can help you find the perfect match!

SMILES AHEAD OF THE OTHER GUYS

Read why our customers love us.

Our expert mechanics can help you change your brakes

BIG OR SMALL, WE DO IT ALL

Vehicle repair from the experts!

The Plains Tire & Auto Offers Auto Repair Services You Can Count On! 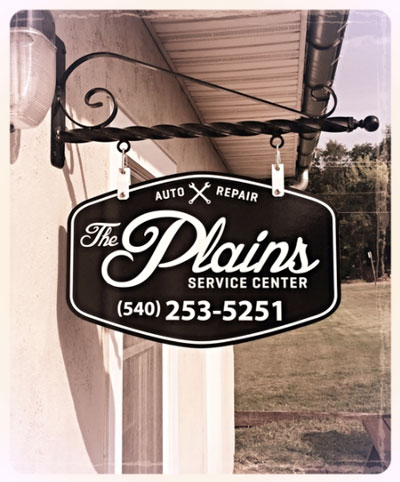 We have experience servicing all makes and models of domestic and import vehicles, and we're honored to keep vehicles throughout the The Plains area reliable and well-maintained. Our skillful mechanics will take great care of your vehicle too, quickly diagnosing any problems and offering cost-effective solutions to get you back on the road.

Call The Plains Tire & Auto today at 540-253-5251! You can also send us an email. Either way, we're looking forward to providing you with reliable automotive service! 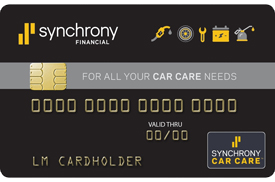 We're Here For You

According to recent studies, 5 percent of all motor vehicle fatalities are clearly caused by automobile maintenance neglect.

The cooling system should be completely flushed and refilled about every 24 months. The level, condition, and concentration of coolant should be checked. (A 50/50 mix of anti-freeze and water is usually recommended.)

Never remove the radiator cap until the engine has thoroughly cooled. The tightness and condition of drive belts, clamps and hoses should be checked by a pro.

Change your oil and oil filter as specified in your manual, or more often (every 3,000 miles) if you make frequent short jaunts, extended trips with lots of luggage or tow a trailer.

A dirty windshield causes eye fatigue and can pose a safety hazard. Replace worn blades and get plenty of windshield washer solvent.

Have your tires rotated about every 5,000 miles. Check tire pressures once a month; let the tires cool down first. Don't forget your spare and be sure your jack is in good condition.

Check your owner's manual to find out what fuel octane rating your car's engine needs then buy it.

Keep your tires inflated to the proper levels. Under-inflated tires make it harder for your car to move down the road, which means your engine uses more fuel to maintain speed.

Lighten the load. Heavier vehicles use more fuel, so clean out unnecessary weight in the passenger compartment or trunk before you hit the road.

Use the A/C sparingly. The air conditioner puts extra load on the engine forcing more fuel to be used.

Keep your windows closed. Wide-open windows, especially at highway speeds, increase aerodynamic drag and the result is up to a 10% decrease in fuel economy.

Avoid long idling. If you anticipate being stopped for more than one minute, shut off the car. Contrary to popular belief, restarting the car uses less fuel than letting it idle.

Stay within posted speed limits. The faster you drive, the more fuel you use. For example, driving at 65 miles per hour (mph) rather than 55 mph, increases fuel consumption by 20 percent.

Use cruise control. Using cruise control on highway trips can help you maintain a constant speed and, in most cases, reduce your fuel consumption.

Keep your engine tuned. A fouled spark plug or plugged/restricted fuel injector can reduce fuel efficiency as much as 30 percent.

Inspect the engine's belts regularly. Look for cracks or missing sections or segments. Worn belts will affect the engine performance.

Have the fuel filter changed every 10,000 miles to prevent rust, dirt and other impurities from entering the fuel system.

Inspect the suspension system regularly. This will extend the life of the vehicle's tires.

They get the job done but unrealistically expensive

All you have to do is ask for Brandon a great place to get your vehicle worked on.

Well I can in all honesty say that I highly recommend this business gave them a call got an appointment new battery got installed they are great team all around honest professional now I can get to work safely without any worry thank you very much !

I gave 4 stars instead of 5 because they didn’t actually do any work on my car, and I didn’t have to pay them for anything, but the two guys in the office were so helpful, at no charge, that I have to give them a glowing review! A couple of weeks ago, my Kia stalled out on route 66 near Marshall, VA. The tow truck driver brought me to the Marshall garage, but they said they were so busy they wouldn’t get to my car for about two weeks! So we moved on to The Plains, where I was told they could get to my car the next day. I was going to leave it with them and called my wife to drive out to bring me home to Centreville. While I was waiting, one of the gentlemen there checked the diagnostic code on my engine and told me that the knock sensor indicated that the engine itself would need to be replaced! He suggested that if it was under warranty, that shouldn’t cost me anything. He proceeded to check online and found that my car was indeed a model that Kia was replacing engines on, due to a recall issue. Great news! He went another step further and called the nearest Kia dealership to see when they could get to me, and it was still a wait. In the end, I got the car towed to the Kia service center closer to my home, and they are currently replacing my engine for free. I just wanted to give credit to the office guys at The Plains Tire & Auto for being incredibly helpful and friendly, even when they didn’t actually work on my car and didn’t make a penny off of me! They even have free drinks in their office, which they offered me while I waited, and I’m not just talking water or coffee, but free sodas! I’m telling you, if you live near The Plains and ever need repairs to your car that aren’t under warranty, this is the place to go! I only wish I remembered the names of the two men who helped me get through what could have been a very upsetting morning!

The Plains Service Center has been my go-to auto repair shop for at least 20 years. They treat you like neighbors. TPSC respects your business and your time . Their estimates are accurate and fair. They hire professional auto techs who stand behind their work. The waiting room is clean and comfortable with high speed internet, good coffee and cold water. Not only is TPSC a great auto repair shop they are good neighbors in The Plains